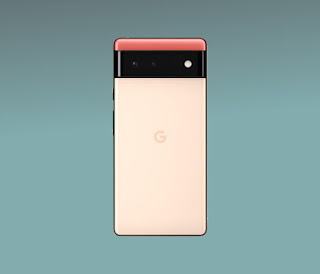 Google Pixel 6 was launched on 19  October 2021. Previous pixels are pretty nice. They have had great cameras and pretty cool software features. But Google Pixel 6 I would say is a step up. A big new camera array, a new design language. They made their own chip. This is their chance to compete with their big competators.

Pixel 6's display is a pretty massive 6.4 inches FHD+ from corner to corner with refresh rate 90 hz 1080p and flat and with pretty small bezels overall and a hole punch in a top middle for selfie camera. Also it has a finger print sensor on the display which is a kind slow. It appears to be an optical sensor shining a light on your finger.

I am really going to like this camera bar design for the pixels. It is easily recognisable. And I think they can keep this way atleast for few years.In 2021 pixel 6 has launched with the brand new camera system featuring a much better hardware suite, a huge 50 Megapixel main camera sensor with an aperture f/1.85 and a 12 Megapixel ultra wide sensor with an aperture f/2.2 . For 50 Megapixel the sensor is amazing taking in it a tonnes of light and lots of information.Selfie camera is a pretty descent 8 megapixel wide camera on the pixel 6.

The phone is fully water resistance.

Some of the improved stuff Google has made first of all
Speech to text unreal on this phone absolutely incredible
There is also a new feature on Google photos for pixel 6 that is magic eraser that let you go back to any picture in a library and erase the things that you do not want. I am really impressed with how easy and simple it makes the process

Now let's come to the pricing. Google Pixel has a price range around $600 which is around 45K INR. The price is OK

Popular posts from this blog 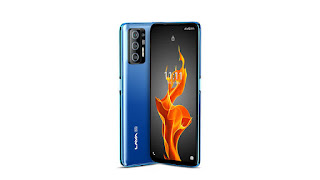 LAVA's first 5G smartphone in India, Lava Agni 5G mobile has launched now. The phone has 6.78-inch FHD  touchscreen display with 2.5 D curved screen. It is powered octa-core MediaTek Dimensity 810 processor and runs on android 11. It has  8GB of RAM and 128GB of internal storage and is expandable to 256GB. It comes with 5000mAh battery.  When it comes to smartphone the most expected thing that everybody wants is the camera the Lava Agni 5G has 64-megapixel primary camera with an f/1.79 aperture that is capable of capturing clear image even after vigorous zooming ; a 5-megapixel wide angle camera ; a 2-megapixel macro camera, and a 2-megapixel depth camera. It has a single 16-megapixel front camera setup for selfies.  The Lava Agni 5G is a dual-SIM (GSM and GSM)(5G + 5G) mobile that accepts Nano-SIM and Nano-SIM cards.  Connectivity options on the Lava Agni 5G include Wi-Fi, GPS, USB Type-C, 3G, and 4G (with support for Band 40 used by some LTE networks in India). LAVA Agni 5G ha
Read more 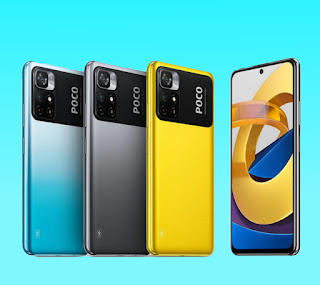 POCO M4 Pro 5G POCO M4 Pro 5G has launched globally on 9th of November 2021. POCO M4 Pro 5G is a rebranded version of the Redmi note 11 5G.It is a considered to be one of the great phone if you consider the expected price. DISPLAY It has 6.6 inches full HD plus dynamicswitch display that delivers a high 90Hz refresh rate and 240Hz touch sampling rate. It has DCI-P3 wide color gamut produces rich  color range that inhance the display quality on every picture. PROCESSOR It is powered by mediatek dimensity 810 built using a 6nm flagship processor which is good if you consider the expected price for this and runs on Android 11. CAMERA When it comes to camera POCO M4 Pro 5G has 50 Megapixel main camera sensor with f/1.8 and 8 Megapixel 119 degree ultrawide angle camera with f/2.2. And for front camera, it has 16 Megapixel sensor with f/2.45. COLOR The color options for POCO M4 Pro 5G comes with three color variant design. Those are Poco Yellow, Power Black and Cool Blue. RAM AND STORAGE I
Read more